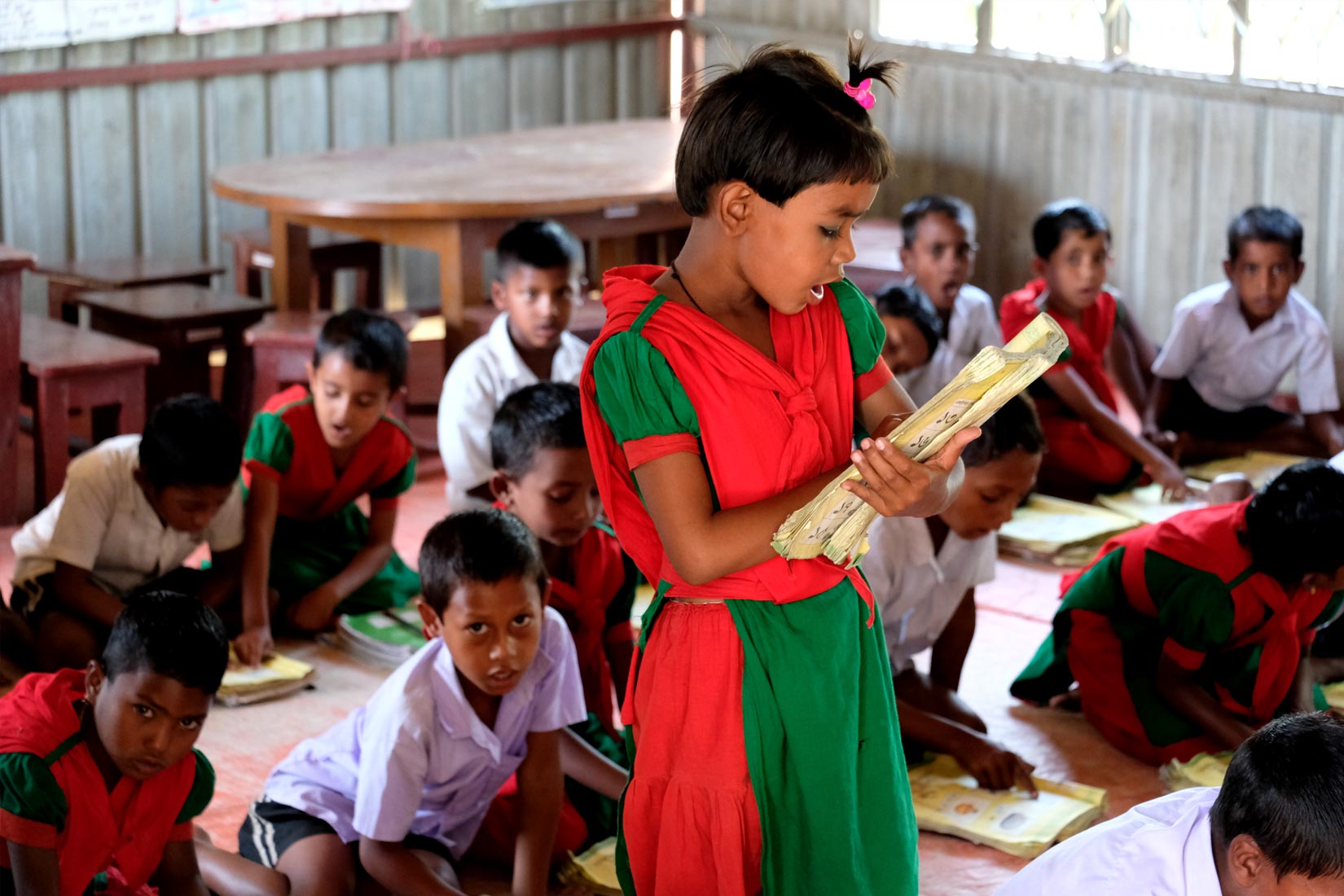 NGO in Bangladesh of World Class

Millions of people in Bangladesh live outside the main cities like Dhaka and Chittagong. They live on the Chars: unstable river islands, pieces of land that periodically fall dry in the main rivers (the Brahmaputra and the Ganges) that flow from the Himalaya’s into the Bay of Bengal. Rivers with a width of sometimes more than 30 km’s. The soil of the Chars has been saturated by the right mix between fresh and saltwater to allow poor people to grow crops for parts of the year. Entire communities live temporarily on the Chars and have to move to the riverbanks, when the water level forces them to do so.

This is the environment in which Friendship operates, a Bangladeshi NGO founded and led by a very charismatic woman Runa Khan. Friendship works in the Char islands and riverbanks of Northern Bangladesh and in the coastal belt of the South.

Friendship delivers a wide variety of services to 4,2 million people living in the margin of the Bangladeshi society.

It all started with a healthcare program, serving the people living on the Chars and along the borders of the main rivers by the development of an innovative 3-tier health delivery approach using hospital boats, mobile health teams and locally trained community health workers. The beauty of the health programme is, that it is carried out by an excellent local medical staff, making it reliable and always accessible, supplemented by teams of visiting international specialists, that often are involved in life-changing medical operations.

Soon the Friendship organisation realised that in order to bring about systemic change in the communities, health provision would not suffice. Other problems had to be solved as well. After all the mission of Friendship is to provide as much as possible to everybody an equal opportunity to live with dignity and hope. For this Friendship formulates a rights-based approach. Next to access to health, they emphasise the right to education and they are able to create many self-sufficient schools in these remote areas, where public schools were absent. Schools can be dismantled and relocated at times of rising waterlevels of the rivers. Friendship prepares communities for natural disasters. They work vigorously on the climate challenge. Friendship embarks on activities to preserve national heritage for future generations. They provide skills training, vocational training and job opportunities to vulnerable women. And Friendship gives a voice to poor people by making them aware of their rights to get access to public services.

Development organisations normally take a long-haul approach and leave the involvement in emerging crises and disasters to other organisations that focus on emergency relief. Friendship took a different route and combines long term development and relief in a smart way. The first example of this relates to the Rohingya people, 1 million of them, that escaped Myanmar and live as displaced citizens in Bangladesh. It was Friendship that started to provide health services in the refugee camps. The second example unfolds, as we speak. With the outbreak of the corona virus Friendship could draw on its long experience of working with communities impacted by the disasters of climate: floods, erosion and droughts. On the website of Friendship, we can read: ‘For two decades we have been working with these communities to build resilience so that they can save lives and minimize the loss in the face of catastrophe’. With the corona crisis the same disaster volunteers of Friendship are mobilised to educate, inform and support people in the handling of this pandemic.

I mentioned before that the GSRD Foundation made a long-term agreement to support Friendship, because there is a good match between the vision and strategy of both organisations. Both organisations think in terms of a total concept, not just a single operation; and that concept must be derived from identified needs. The GSRD foundation is not interested in a short-term flirtation but in a true partnership, where we see a grant/donation as an investment in building an alliance.

I have seen over the years many strong development initiatives all over the world. The way in which Friendship contributes to an environment, that empowers people to reach their full potential under adverse circumstances deserves deep respect. Friendship is World Class and should inspire many other foundations and NGO’s in the world.